Hi I'm Ella! A piano teacher and a bookworm who found solace in fiction books and music. I want more from their married life huhuhu what is life?
Tweet I remember reading this before and not liking it this much. All I can remember was how irritated I felt towards America and her indecisiveness. Thinking about it, I guess it was needed because it's the first book in a series. I just wished she didn't keep both of the guys' hopes up. Maybe turn down the other first, then slowly build something with the other.

I can't deny the flutters and giddiness I felt while reading. I liked how relationships were building amidst the competition. I'm looking forward to better character development so I'm excited to read the next book.
Tweet I feel so weird. It felt like I've read a similar story before. I could almost predict everything that will happen. But that doesn't mean I didn't like this.
Tweet The Bad: It was quite annoying in the beginning.
The Good: It gets better towards the ending.
Tweet I was so into it in the beginning but as I read on, it was like reading bits and pieces of the Deal again. It was not bad, I just prefer the Deal more over this. Kinda excited with the next book because it's Dean's turn!
Tweet It was the perfect conclusion to a heart-tugging series. Every character's transition from the first book to this was just right. Even the romance wasn't too cheesy and was written beautifully. Everything suited my taste, even the a**hole villain.
Tweet 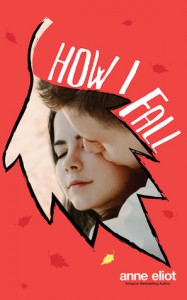 I struggled really hard at the beginning(which made me think maybe YA contemporary and me don't match) but as I read on, it was very hard to stop. It gets better towards the ending and I look forward to reading the next book. My heart was shattered into pieces then glued together again in one sitting and it was all because of Archer. Oh my heart. THIS BOOK WAS SO GOOD. SO SOOO GOOD.

If I were to review this book through a video blog, it would have been a 30-minute video with me spouting "SO GOOD" nonstop, with the addition of my chinky eyes trying to gouge out to emphasize my thoughts. Yeah, it was that good.

I have always been a sucker for a more mature, cheesy romantic contemporary story so it was a surprise, even to me, when I craved for a fantasy read(It started with Red Queen, that bitch. just kidding. or not.). So my good friend and book soulmate, Amir, once again was my go-to for a good fantasy book recommendation and she gave me this book, Cold Burn of Magic by Jennifer Estep, and it wasn't just a good book, it was awesome.

For someone like me who doesn't read fantasy that much this book was so easy to get into. The author was precise and direct to the point. There were no dull moments, and reading this was like getting to experience Lila's world. It was a fun ride getting lost into Jennifer Estep's words that I wouldn't mind getting lost into it again and again. I'm so excited for the next book to come out so that I could delve into Lila's world again.

Aside from her good story telling I absolutely adore and admire her characters, especially the main character Lila Merriweather. She didn't have a good past and a good present life but she wasn't a damsel in distress. She was smart and does excellent in everything she's task to do. Although she presents a strong and guarded facade, she's still able to feel romance towards our hero, Devon Sinclair, but that didn't affect her decisions and actions. She was a kickass character all through out the book.

Their romance was a part in the story and not what the story is all about, and I was okay with it. Long, and slow-building kind of love that wasn't annoying at all or beating around the bush. It felt just right. I have to be honest, the Lila-Devon ship is one of the reasons I can't wait for the next book.

Cold Burn of Magic definitely made me go back to reading fantasy again and read more from Jennifer Estep. I'm sorry if my review seemed all over the place because 1) totally fangirling over this series, 2) I don't have the confidence to share my thoughts on this book W/O spoiling people, and 3) I FREAKING LOVE THIS BOOK is all I could think of right now.

My only regret? The wait for the next book to come out. If Cal and Mare don't end up together, hnnnngggg. >_<
Tweet This book was just cruel. I mean, oh gosh, just be ready with a box of tissue because this will leave you a mess.
Tweet Awe-inspiring. My feelings are all over the place, and right now I just wanna hug Pru. :D
Tweet Originally posted at The Filipina Booknote

If there's one thing I regret after reading this aside from it being too short, it would be WHY THE HELL DIDN'T I WAIT FOR ALL THE PARTS TO COME OUT FIRST BEFORE I STARTED THIS. DAMMIT. Curiosity killed the cat, and now curiosity's killing my nerves.

In this first part of the series we meet our two main characters who have undeniable chemistry, Kaitlyn Parker and Martin Sandeke. Coming from different realms of college life, a quiet nerdy girl and a rich hot captain of the rowing team, you would think that their story would be of the usual bad-boy "falls in love" with nerdy girl but no, it was not.

First, no insta-love. It seemed at the beginning that everything's happening too fast but that's because their attraction already happened even before the book started. It was established very well that aside from the strong lingering attraction these two had, they didn't jump into "the falling into the deepest pit of passionate love." Instead, they were getting to know each other and exploring their dislikes and likes and see where their Attraction takes them.

Second, they're definitely in-lust with each other but aside from heated stares and touching here and there, they didn't jump inside the first bed or table they could find and clobber each other. Yep you read that right, sorry to disappoint you.

Third, just like the title, the story evolve around Kaitlyn and Martin's attraction with each other. Their perfect chemistry, and how they complement each other. I don't know if it was just me but it seemed that this first part was a preparation for what's in-store with the other two parts.

Fourth, Kaitlyn and Martin may be the focus of this book but that doesn't mean it fell short on the supporting characters. At the same moment I was rooting for the main characters to be together, I was also rooting for the secondary couple. The other characters weren't just embellishment to the story. They had purpose which made me had something to watch out for. I can't wait to find out what will happen to them in the other books.

Kaitlyn and Martin may have seemed like common NA protagonists but knowing Penny Reid's antics, I should know better and expect that something big is in-store with these two. So Penny if you're reading this, my expectations are through the roof now. The pressure is on. LOL

I was thinking if this book was similar to another Penny Reid book but aside from it having really good humor and romance that will make you swoon, I think this is somewhat different. I don't want to jump into conclusions until I've read the other parts so I'll leave it at that for now.

I have to warn you though, the ending was a big fat cliffhanger. I'm even considering this as the mother of all the cliffhangers I've encountered. It's actually why I gave this four-note rating instead of five because I know this isn't the best book in the series. Fortunately, Penny Reid was kind enough to put the first chapter of the second part on the last pages of this book.

So am I recommending this? HELL YES.  It was so hard putting down and ending this book. I had to slow down reading this because I didn't want it to end, and I wanted to keep on reading it at the same time. I was so conflicted with myself, I might have argued a bit with myself too lol. Honestly, I'm having a hard time now writing my thoughts because one, I don't want to spoil you, and two, I still feel effin' frustrated about the ending I don't know what to write aside from but that's not so appropriate so no, disregard that.

So if this review might seem crazy, confusing or senseless to you, I apologize. It's this book's fault, I swear.